Target CPA is a Google Ads smart bidding strategy that sets bids to help get as many conversions as possible at or below a given target cost per action (CPA), making it an ideal option for those in B2B or B2C lead generation industries. Read on below for our primer on Target CPA Bidding.

Sign up to our free Google Ads email course.

7 days, 7 lessons. Everything from how to structure your Google Smart Shopping campaigns to ad testing, and YouTube ads excellence. Sign up and level up your Google Ads eCommerce game.

What is Target CPA Bidding?

Target CPA bidding is a subset of Google Ads Smart Bidding strategies, and uses machine learning to optimise for conversions in each and every auction. This eliminates much of the heavy-lifting when it comes to setting your bids, as you essentially set a target cost for your conversion, whether it’s a lead, transaction, or phone call. Google will then try and get as many conversions at or below the Target CPA, in order to help you meet your advertising goals.

How does it work?

Google uses machine-learning to consider billions of signals, setting the right bid for each and every search auction. This is not only a much more efficient way of managing bids, it also frees up countless hours which can be reinvested elsewhere, on things like strategy, testing, and innovation.

For Target CPA, you don’t actually need any conversion history to get started. So there’s nothing to stop you using this bidding strategy on a brand new campaign, which is particularly relevant to start-ups and scale-ups operating across relatively immature industries. Instead, the bidding algorithm uses conversion data across your account to learn and optimise, meaning that you can expect results relatively quickly once a bid strategy has been set up.

For example, if you choose a target CPA of £25, Google Ads will automatically set your bids to try to get you as many conversions at or below £25. To help you achieve this, the algorithm takes into account a variety of real-time signals, including device, browser, location, time of day, and remarketing list.

How to use it?

Target CPA bidding can be applied at either campaign or ad group level. When setting up your target CPA, be mindful that this can influence the number of conversions that you can expect to achieve. Setting a target that’s too low, for example, may mean that you drive fewer conversions. If your Google Ads account has historical conversion data, Google will recommend a target CPA.

What kind of uplift can I expect?

Clients using Target CPA bidding have seen, on average, a 31% uplift in conversions, a 30% decrease in CPA after 4 weeks, and an 8% relative increase in Conversion Rate. The below example illustrates a campaign where conversions increased 130%, and cost per conversion reduced 36%, following the change from manual bidding to the Target CPA bid strategy.

Taking it to the Next Level

So now you know the basics, how can you make sure that your brand is making the most of the opportunity? Read on for our five smart bidding best practices to help take your PPC activity to the next level.

With manual bidding, you might have adopted a granular approach to your campaigns, with specific campaigns for remarketing audiences, device types, match types, and geographies being considered the long-held best practice.

However, smart bidding has fundamentally changed all of that. Your campaigns should be sufficiently broad, and not prone to an over-structured approach. Target CPA works best when there is broad data to optimise against, so it’s best that you amalgamate all of these targeting options into a single campaign.

You would still have specific campaigns for specific products, travel destinations, or financial products, in order to manage ROI, but there is no longer a need to over-engineer your campaign structure to drive results. The algorithm is clever enough to take into account all of these data signals when deciding how much to bid against each search query.

With Target CPA, it’s important that you have a relatively high campaign budget, at least 10x your target cost in most cases. If your campaign budget is too low, you’re restricting the algorithm from working effectively, and you won’t see the desired results.

In the event that your campaign budgets are inhibiting bid strategy performance, you’ll see the ‘Limited by Budget’ message on the campaign tab, and Google will recommend that you increase your budget.

A UK-based shirt retailer set out to improve their Q4 performance with the aid of Target CPA bidding.

Applying the bid strategy account-wide, with different CPA targets by product category, initial results were promising. However, going into the Christmas period, search demand grew rapidly and a number of campaigns became ‘Limited by Budget’. As this issue became more widespread, account performance began to dip as the bidding algorithm was being inhibited by campaign budget.

One course of action was to ensure at least 10x relationship between campaign budget and target CPA. This ensured that the risk of becoming restricted by low budget was minimal and that the bid strategy could optimise using a sufficient number of data points.

Naturally, this also resulted in an increase in spend. To counter this, lower-performing campaigns were managed, by reducing the target CPA. In some cases, campaigns which continued to under-perform were switched to Maximise Conversions in order to return a superior ROI.

The results? Compared to the previous year, when manual bidding was exclusively used, transactions increased by 76%, revenue rose by 66%, and CPA saw a 35% reduction.

When setting up a Target CPA bid strategy, expect a learning phase of anything up to a couple of weeks, depending on the conversion volume of your account.

If you have relatively modest number of conversions, you may see a longer learning phase, as the bidding algorithm figures out what works and what doesn’t for your business. On the other hand, you may experience a reduced learning phase if you have a higher volume account, and are providing Google with lots of conversion data to base learning on.

It’s important not to jump to conclusions around bid strategy performance until the learning phase is complete, and avoid making any material changes to your campaigns which may disrupt the process.  This is a machine-learning algorithm, so the more stable, long-term data points it has, the better it can form predictions and optimise for conversions.

A UK-based specialist travel agency implemented Target CPA bidding, but saw an initial decline in performance. Rather than jump in and make changes to the campaign or it’s targeting settings, it was left to learn trends across both converting and non-converting user journeys.

Only once the learning phase had come to an end was the bid strategy optimised. After a period of 30 days, the overall CPA had reduced 3%, with a 19% reduction after 60 days.

Don’t be alarmed with seeing a sharp drop in this metric, or clicks for that matter, as it’s ultimately the bid strategy going to work and actively filtering out search auctions where conversion intent may be low.

Instead, work on doing more with the impressions that you have. In those auctions where your ad is serving, chances are that conversion probability is high, so get to work on things like ad testing, as an increase in CTR will likely lead to a greater number of conversions.

Keep in mind that the target CPA you set may influence the volume of conversions you achieve. For example, setting a target that is more than 15% below your historical CPA, let’s say over the last 30 days, may lead to missed conversions as you’re effectively forcing Google to be too conservative with your bidding.

When optimising your target costs over time, it’s good to work in 15% increments. Depending on the amount of traffic your account generates, allow a week or so between changes, so that you are giving the algorithm enough time to adapt to the new target.

Sign up to our free Google Ads email course.

7 days, 7 lessons. Everything from how to structure your Google Smart Shopping campaigns to ad testing, and YouTube ads excellence. Sign up and level up your Google Ads eCommerce game. 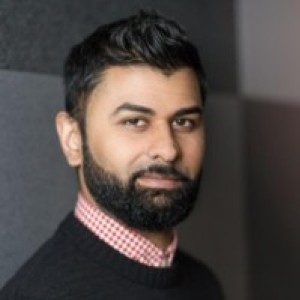 Harpal is a performance marketing thought-leader, who’s perhaps a little too obsessed with finding new scalable channels and techniques to unlock serious growth opportunities for the ambitious start-ups and scale-ups. He has 10 years experience working across Paid Search and Paid Social, encompassing retail, finance, and travel verticals. Harpal has a decade's worth of experience across Google, Facebook, YouTube, and Linkedin advertising platforms.

Harpal is a performance marketing thought-leader, who’s perhaps a little too obsessed with finding new scalable channels and techniques to unlock serious growth opportunities for the ambitious start-ups and scale-ups. He has 10 years experience working across Paid Search and Paid Social, encompassing retail, finance, and travel verticals. Harpal has a decade's worth of experience across Google, Facebook, YouTube, and Linkedin advertising platforms.